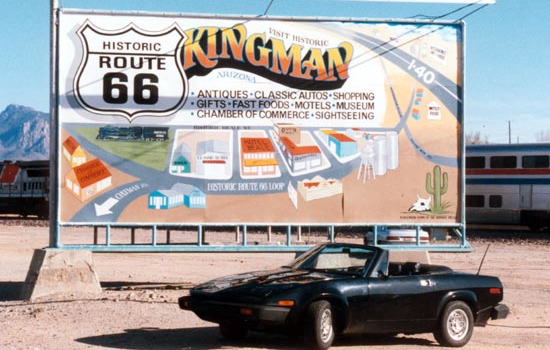 (Yes, this is one of the webmaster’s Triumphs.)
I decided in late 1995 to buy a TR-7 to use over the summer (and beyond) while I started the long-awaited tear-down and restoration of my 1976 Spitfire. I chose a “wedge” rather than another Spitfire or a TR-6 for three simple reasons: They’re fairly rare in our area; they’re relatively inexpensive to buy; and most, including mine, have very cold air conditioning!

I watched the sale ads in the Houston and Dallas newspapers and other publications for several weeks, and placed an ad in The Bluebonnet, but did not turn up a car that interested me, so I tried a different approach. I placed wanted notices on the Triumph mailing lists on the Internet. I received about a dozen e-mail responses, including some from people trying to convince me to buy a TR-6 or TR-8 instead.

Two cars interested me: a British Racing Green wedge in Huntsville, Alabama, and a California Spider. After seeing videos of the very shiny Spider, I made my choice. The deal was negotiated over the Internet and by telephone.

A friend flew with me to California to help with the return drive (his wife’s first reaction: “Over my dead body!”). The drive was uneventful except for the busted radiator seam Saturday evening three miles east of Deming, New Mexico. “Stop Leak” got us home.

The main photo above shows the car at Kingman, Arizona on Route 66 before the radiator problem. The photos below show the car in good times and bad. 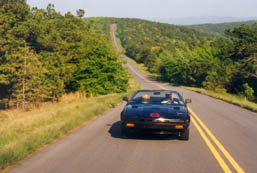 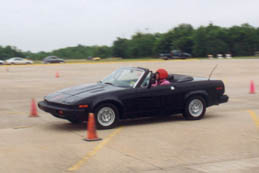 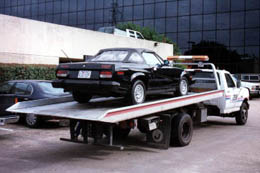