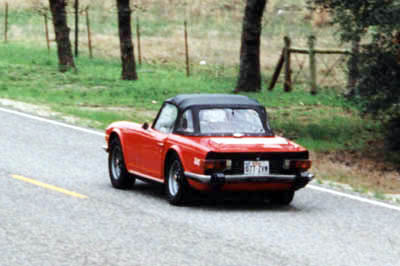 The Greenbergs recently joined Texas Triumph Register; their interests are in touring events. They write, “Paul, a 1976 TR-6, has been in the family for about four years. Perhaps his Classic Red paint is what makes Paul so independent, and an Independent, although he has been suspected of voting Libertarian at times. Paul doesn’t care about being politically correct; he hates dogs and loathes cats. He doesn’t mince words, and sometimes calls a spade a club.”

“Paul has been a good sport and great friend most of the time,” says Sissy.