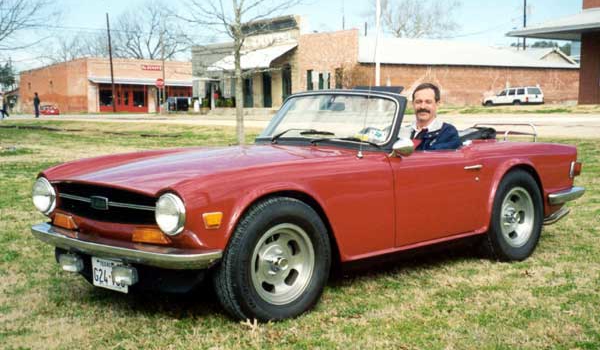 Jay tells the tale of his ’74, which is painted a Ford truck red:
I went to look at this car over fourteen years ago. I was taking it for a test drive, with Linda in the passenger seat. As we drove up, the guy selling the car said that this is what I need, a red convertible with a blond in the front seat. Then Linda got out of the car, eight-and-a-half months pregnant with Kevin. Then he said, “Well, but maybe not quite in that condition.”

We bought the car anyway.

I drove the car regularly for about five years, until I discovered the engine had a blown head gasket. I pulled out the engine and transmission to do an engine rebuild. Did you know that once the engine and transmission are out of a TR-6, there are only ten bolts and the body can be removed from the frame? That was the start of an over seven-year adventure. I took the body off the car and started a frame-off restoration, my first (and likely last). It was a great learning experience. I definitely learned some new words as I disassembled and rebuilt the car. 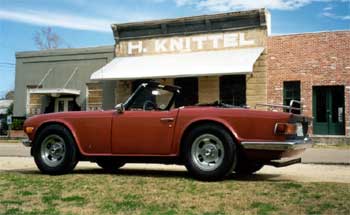 The car has been drivable for the last two years. I wouldn’t call it complete yet, as there are still a number of things I want to do to the car. I have an overdrive transmission to install and it definitely could use a new top.

I really enjoy taking the car out on a cool weekend morning, putting down the top and driving the back roads northwest of town. 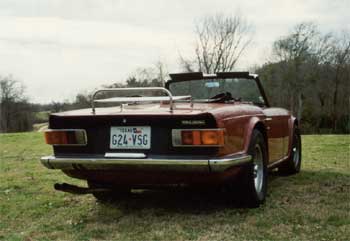