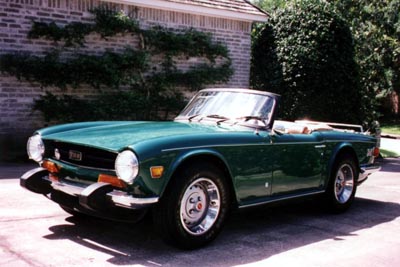 This isn’t the Luszcz family’s first Triumph, as Vic notes:

“Karen and I have been involved with Triumphs since 1968 when we purchased a TR3 for $475 in West Orange, New Jersey. Our second “basket case” was a 1959 TR-3A we acquired in 1974 from a high school student in Salinas, California. We really enjoyed both cars.

“Our latest project was purchased two years ago in Kingwood, Texas, from an individual moving back to Sweden. He was a motivated seller and I a willing buyer, so we struck the deal quickly and I brought the car home that evening with four large boxes of spare parts. As I now think back on it, each time I’ve brought one of these vehicles home Karen has greeted me with one of those “looks”. You know, the universal “you’ve got to be kidding” look many of you have seen before in your homes. We are a Triumph family and as my children have gotten older they have inherited the “look” as well.

“The car was completed in March and we’ve enjoyed the local test drives and limited shakedown cruises. Hope to see you on the road soon!” 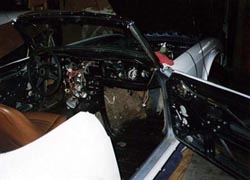 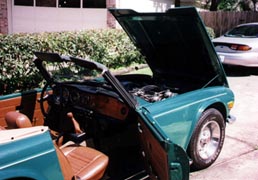