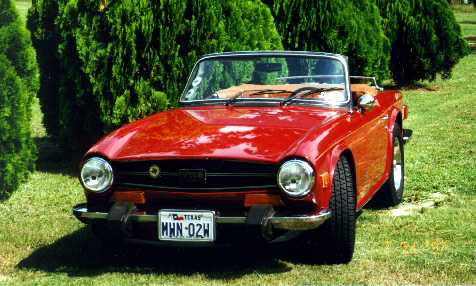 This month’s featured car is a red beauty owned by TTR member Jeff Harris of Cypress, Texas. Jeff says, “The car’s clutch failed in 1985 and it was stored in a small garage in New Orleans for almost eight years before I bought it. Virtually all mechanical and suspension components have been replaced, rebuilt or tweaked.”
The restoration work was done by Joe Hamilton of Hamilton Motorsport in Houston. The car is equipped with hardtop, luggage rack, and “factory” air conditioning. Jeff’s long term goals include adding an overdrive unit and fixing the a/c.

The car took First Place in the Drivers Class at the 1997 Houston All-British Motor Vehicle Expo.