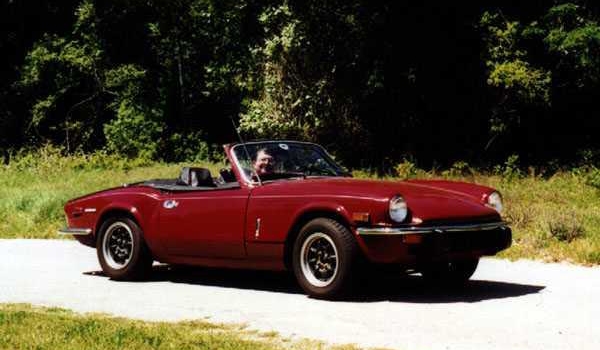 George bought this carmine red beauty in November 1978; it is the third Triumph he has owned. George owned the others, a Spitfire and a TR-4, during the mid-to-late 1960s when he was in the Army and college.
George writes: “I rescued this car from a salvage yard that supposedly had ‘rebuilt’ the car. It had a model and year painted on the starter motor and a questionable paint job. During the past 20 years that I’ve owned the car, it has been repainted two or three times, always the same color. The last major repaint was in 1991 when I had the whole body sandblasted, all bondo removed, rust cut out and new metal welded in place.”

The car had 50,000 miles on the clock when George bought it. It now has 167,000 miles on it, mostly from daily commuting to work and around town driving in Oklahoma City as George called on his business and tax consulting clients.

“I have driven it to four VTR national meets, six South Central regional VTR meets, and numerous weekend and day trips with the Central Oklahoma Vintage Triumph Club. I sold my tax accounting business in the fall of 1995 and bought a motorhome. My wife Charisse and I have been touring this beautiful country sight-seeing and exploring while the Spitfire sat in storage. Last fall, Charisse and I started working in Houston for a while, and I took the Spitfire out of storage for a second car. I would like some day to do a frame-up restoration, however, I can’t find the time when it’s not needed for daily transportation.”

George took second in class in concours and second in autocross at the 1989 VTR national convention with the Spitfire. In addition, the car has won awards at several regional meets. 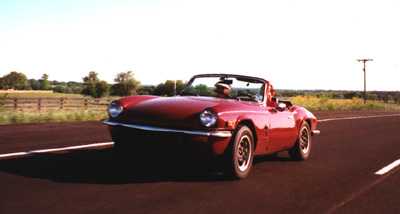