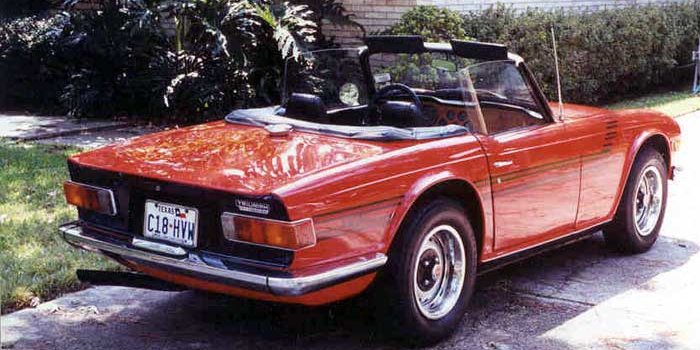 Fred tells us how he came to the club:
Having caught the small British car bug at an early age, after getting to ride in a lesser car (1969 MGB), and needing something to serve as a mental health break from the practice of law, I began looking for a TR-6 in the fall of 1999. This search was further prompted by my discovery that a cousin in North Carolina was also the owner of a 1971 TR-6. Over the next nine months, guided by my cousin’s help, my search took me to various locations all over the Houston-Galveston area. Most of the candidates required a lot more work than a novice TR-6 owner should be allowed to undertake. Then, while checking out the classifieds in some car club’s website (TTR!), I noted that a Mr. Jim Biggerstaff was selling his low mileage TR-6.

After arranging a meeting with Jim, and discussing my excitement over his car, he called back to inform me that he had changed his mind about selling. Despite this, I still met with him that week, and offered him more than his asking price in an effort to convince him of the error of his ways. Unfortunately, this did nothing more than strengthen his resolve to keep the car and be more active in the club.

At this same time, I was contacted by Richard Dicks regarding the TR-6 you see above. With the kids gone off to college, and another TR-6 nearing completion on a restoration, he faced the same dilemma that TR owners dread: too many cars; not enough garage space. I met Richard at the Trader’s Village show in June, 2000, and immediately fell in love with this 1971 TR-6. My search was over. I immediately gave him a deposit, and seeing someone wth a checkbook in hand, Mike Hado approached me about joining the club. “Have you ever owned a Triumph before Fred? No, then you need to join our club.”

Caught at a vulnerable moment, I immediately joined TTR, and have enjoyed every moment since.

This TR-6 originally started out in Ohio, owned by three individuals, before coming to Texas in the early 1990s. The car underwent a frame on restoration from 1978 to 1982. It was then owned by two TTR members before arriving in my garage. Thankfully, the prior owners took great care of my “little red toy” so my work has been primarily limited to maintenance and repairs. Thanks to the sage words of advice from my friends in TTR, I have gradually become more familiar with the odd quirks of owning an LBC, and have become much more adept at performing much of my own work. 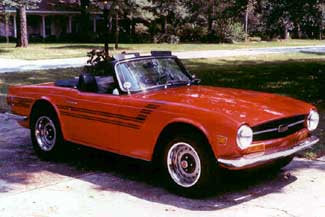 At left, Fred’s red beauty strikes a pose.
Below, the TR-6 pauses for a break during one of TTR’s driving events. 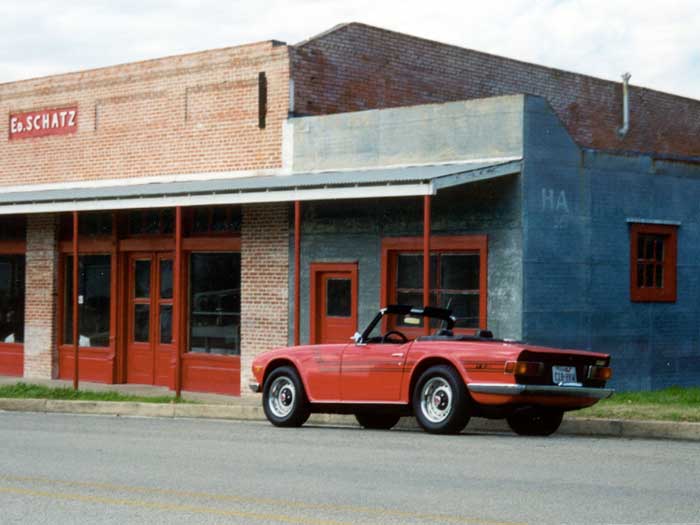