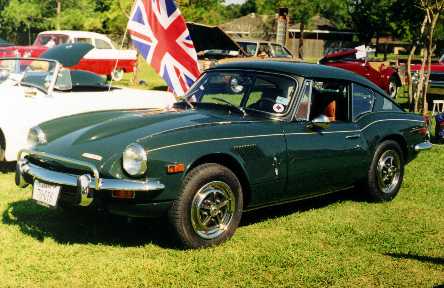 How many Triumph owners have had one car this long? Eddie Cousins says, “I purchased this car in 1971 after my freshman year at Tulane. This 1970 GT-6+ has been with me or in storage for 26 years. In late 1991, I moved back to Houston from Europe and began the two-year restoration.”
Everything was disassembled right down to the bare frame. The frame was dipped in a caustic bath and repainted the original Laurel Green color. The body, interior, suspension, engine, interior, transmission and more were rebuilt as new.

Everything works, right down to the AM radio and “that darn seat belt buzzer.”
Eddie has another project in mind. He wants to build a race car, using a spare GT-6 engine and Spitfire body. He says he’ll “add a few suspension tricks, some Webers and take on an MG or two for fun on the track.”