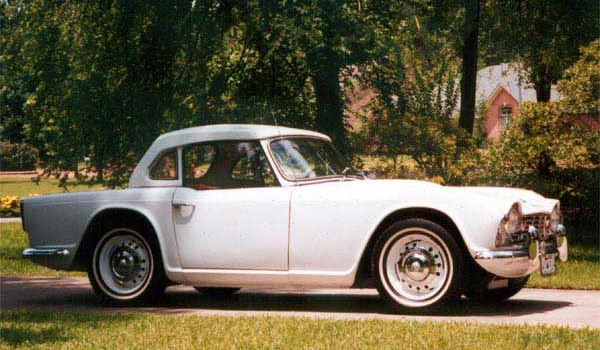 This white TR is well-travelled, as Gary tells us: This car was shipped to Roy’s Imports and Sports, Inc. in Baton Rouge, La. Its first owner purchased it Oct. 27, 1964. I bought the car with a few thousand miles on it while stationed at Pensacola, Fla., where I was training as a Naval Aviation Cadet. 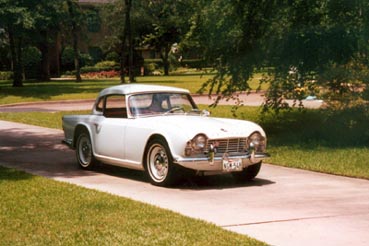 I drove the car shortly thereafter to New York and back to Pensacola.  In 1966 I drove to my new training in Corpus Christi, Tex., and a year later from Corpus to San Diego, Cal.  Later I drove from San Diego to a final duty station at Whidby Island, Wa.  I have driven this car up and down both coasts, clear across the USA and many places in between.  The car then spend a year on blocks in my grandmother’s garage while I went to Viet Nam and other exotic places in the South Pacific.  Upon my return, I courted Ann, now my wife of 31 years, in this fine little car.  In fact, I often remind her that it is the “last of my bachelorhood.”  Ann did not have a driver’s license and she took the state driving exam in this car.  Ann did real well.  When the six-foot three-in. driving examiner uncurled himself from the car after the test, he said, “Any woman who can drive that thing deserves a license.” 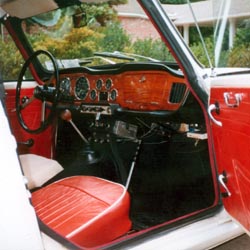 After leaving the Navy, we moved from Washington to a little place in northwest Montana, where we lived for 20-plus years.  The TR occupied its own garage and was driven regularly while we raised our two daughters.  It was during this time that I became a member of the Vintage Triumph Register.  When we moved to Lufkin in 1992, it was the first time our TR-4 rode in a moving van.  Now we have joined the Texas Triumph Register (a lot of beautiful Triumphs and interesting people), and we hope to get involved as time permits. 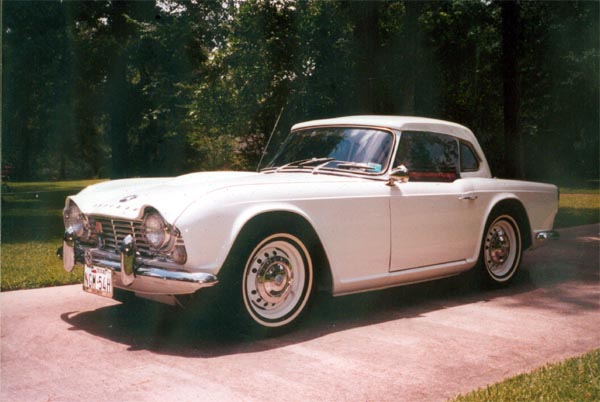 The car is 99 percent the way I bought it.  The fiberglass hard top came from the dealer new (I also have the soft top that has never been up), and I was told it was “factory.”  I’ve also been told that factory hard tops were metal only.  Depending on the time of year and weather, we’ve always used the hard top or tonneau cover.  When I returned from ’Nam, I installed a positive ground, 8-track stereo tape deck.  It still works and so does the radio.  In the early ’70s I had the engine rebuilt (at 80,000 plus miles) and in the early ’80s I had her painted.  The white is a little whiter than the original.  The Firestone spare tire in the trunk came with the car and still holds air.  We also have all the tools, manuals and the like that came with the car.

How does a person decide which daughter to leave this car to, one who will take care of it, enjoy and appreciate it as much as I do?