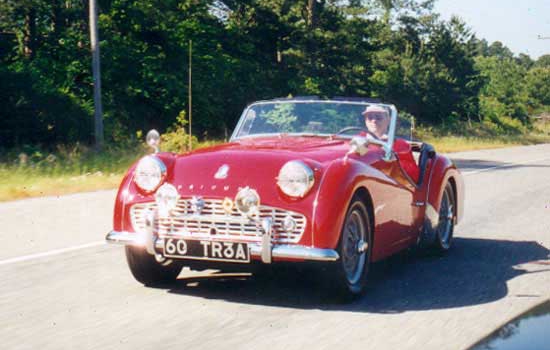 Special Equipment: wire wheels, hardtop, overdrive, ashtray, driving lights, sunvisors & side windscreens, radio, oil cooler, luggage rack. Awards: First in Class 1994 VTR National & 1993, 1994, 1995 South Central Regionals; 2nd in Class 1992 Houston AutoRama; First in Class, 1993 Houston AutoRama; First in Class 1992, 1993, 1994 Houston All-British Motor Vehicle Expo. Remarks: This was our first attempt at a restoration project. The car was purchased as a semi-basket case; it had not been used for the previous nine years. We drive it whenever we can and the weather permits, and to club events.