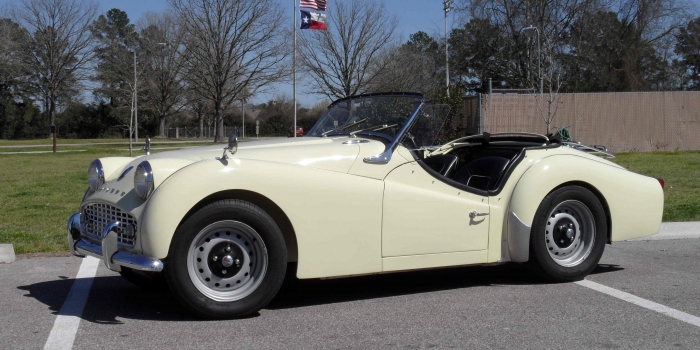 My (Star Car) 1959 Triumph TR3A was advertised in the Houston Bluebonnet (TTR) club newsletter by a previous club member who moved back to Mississippi. The car was offered for free to anyone who would restore it. The car was in a garage that washed away when the 20′ storm water surge of hurricane Katrina hit Bay St Louis -literally a tidal wave.  His car (my car) was atop some rail road tracks, about 80′ away, when the water receded. Only the concrete slab of the garage remained. The (other) garage debris washed away completely. I trailered the car home one year after the hurricane and spent the next year taking it apart. After several more years of collecting new and old parts, refurbishing parts, welding, sanding, painting, wiring, etc, I eventually had a derivable car. Seven years after I pushed a trashed Katrina victim into my garage, I drove out in a brand new 1959 TR3A.  Aside from some machine shop work and some efforts from fellow club members, and a lot of guidance from a lot of people, I did all the work myself, in my garage at home. 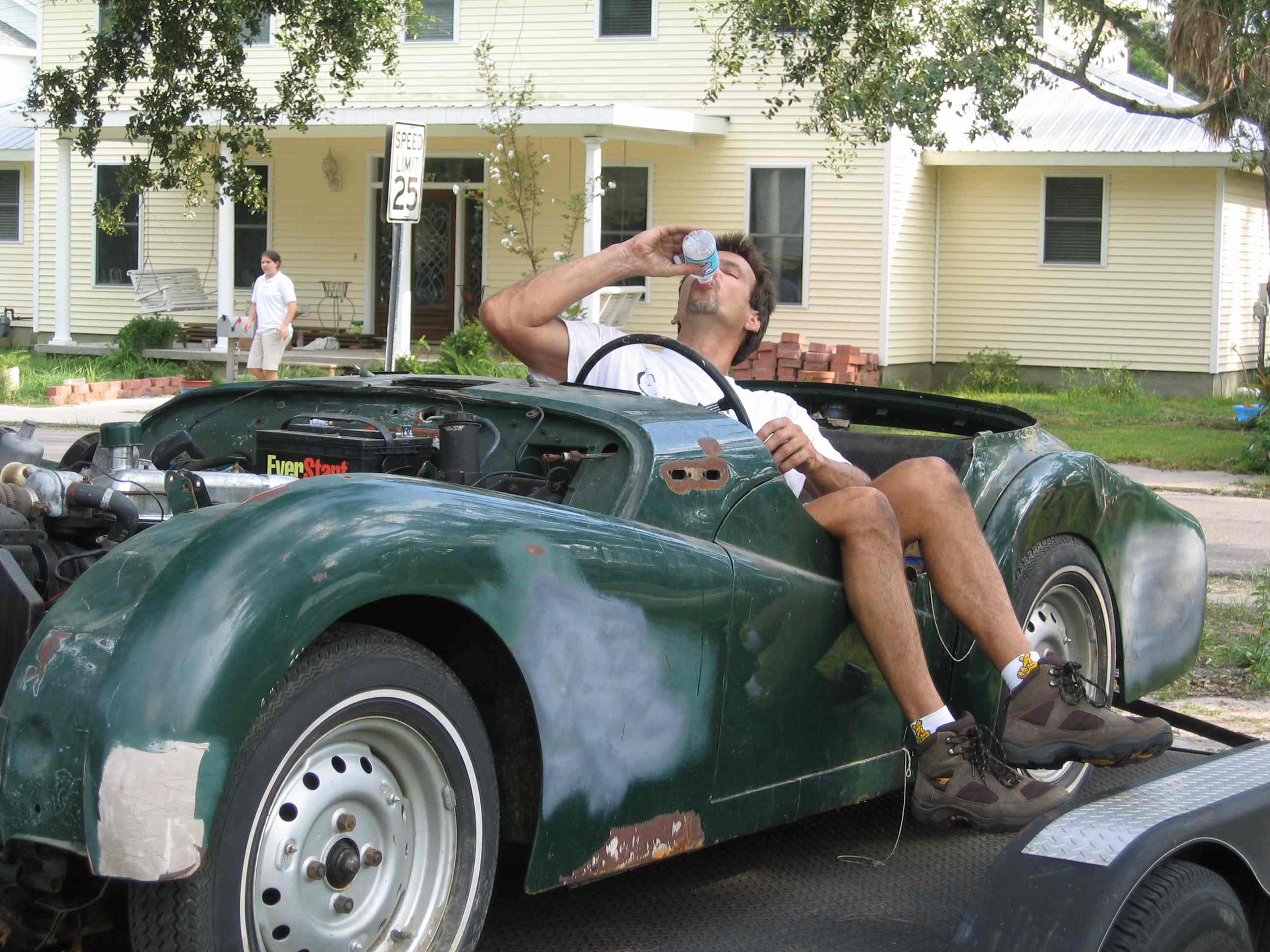 Hard at work on the restoration

The color I painted the car is ‘butter’. Prudence (my wife) picked it from an original offering of Primrose Yellow. We like to think I did everything myself, and I generally refused any help from Prudence (or anyone) in the garage. But the thing everyone likes most about “our” car, is the color; something Prudence helped with, without touching a part. Assistance comes in many shades. Sometimes Prudence had more faith in my efforts than I did. There is no part, or no part of a part of this TR3A that I have not had apart (often more than once). It is not 100% original. Actually, is is nearly 100% not original. Example: It was assumed to be a 1958 when I got it, and now it’s more correctly titled as a 1959.

Prudence and I have visited our family in this TR3A from the east coast (Washington D.C.) to the west coast (L.A. and up to Seattle, Washington). We have driven the TR3A along some of California Highway One. We have driven it across the desert, over mountains, in the heat, cold, sun, rain and snow. We drove it back to where it’s garage used to be in Bay St Louis and awoke the previous owner who came out to view ‘his’ (restored) TR3A, in his pajamas.

My advice to anyone thinking about getting a Triumph: stop thinking about it, and get one. You may find your limitations are farther away than you expect. You too can arrive Triumphantly. 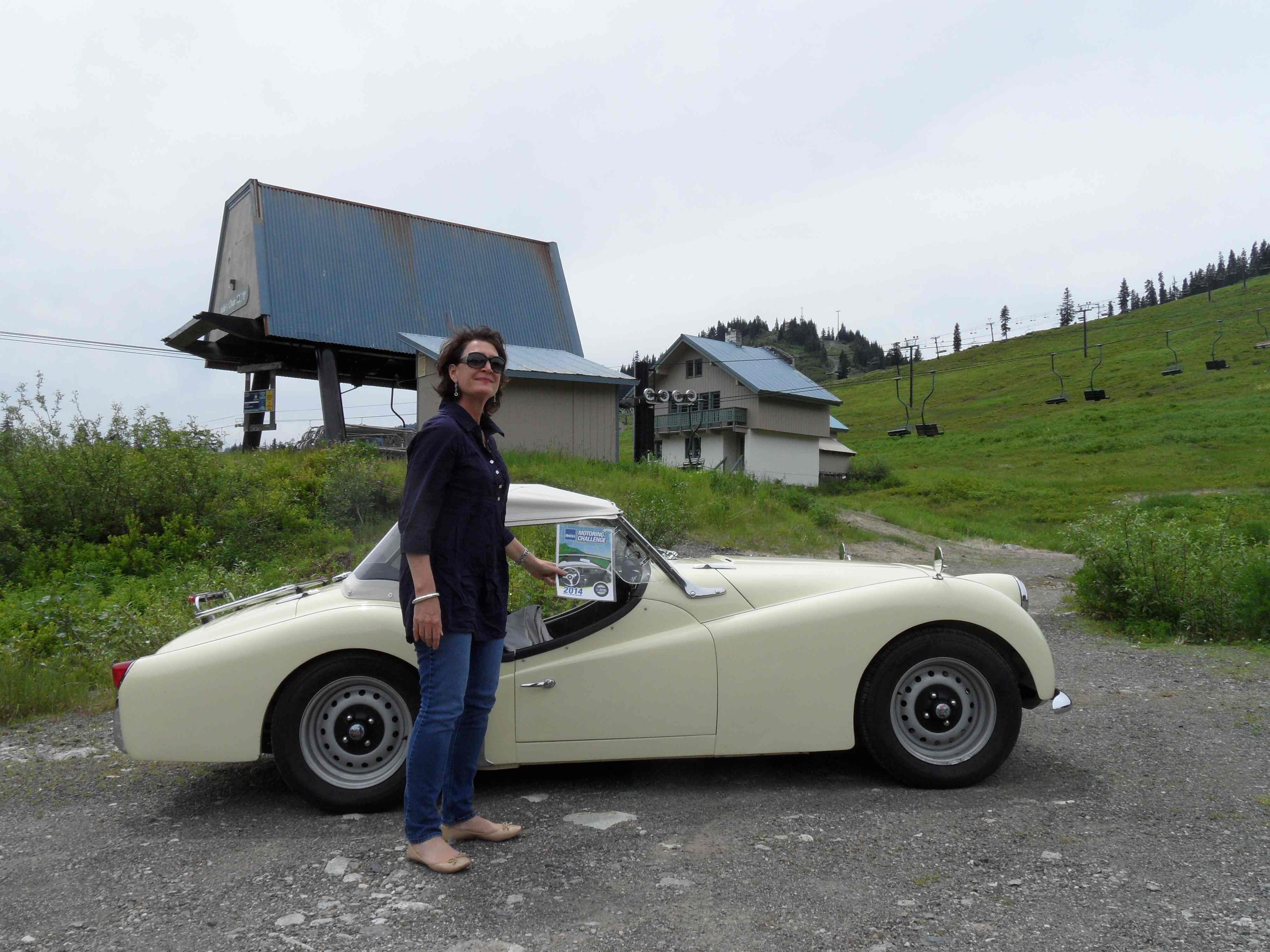