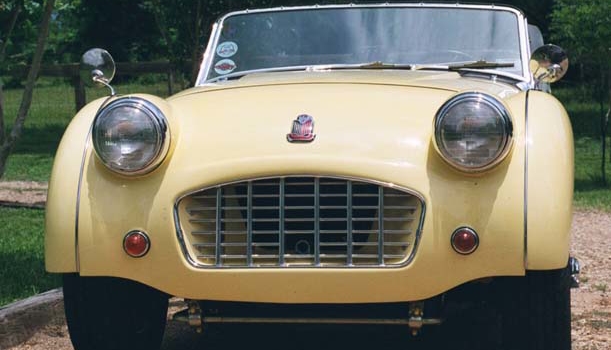 This award-winning yellow beauty brings a ray of sunshine to Houston’s highways. Bill tells all:
“I originally bought this car as a parts car to finish my 1959 TR-3A. After selling my ’3A, I decided to disassemble this car and sell it for parts. After getting a close look at the condition of the tub and body parts, as well as not getting any offers (I was selling everything for $1,200), I started the restoration.

“The car was media blasted and the frame was restored while the bodywork was being done. This car was really a joy to build, and I built it as a fun driver. 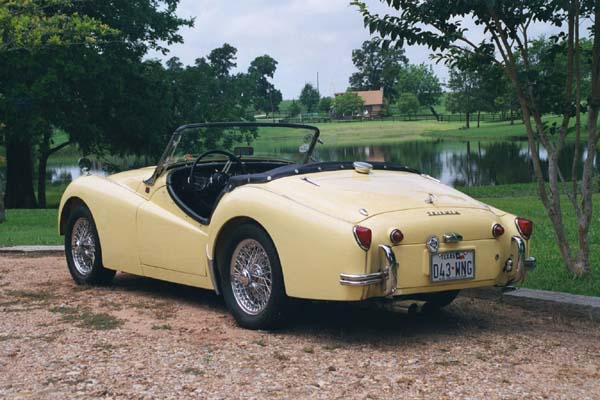 “I have a lot of extras in this car, including a complete leather interior, 4:11 gears, seven-quart aluminum-finned oil sump, 10-in. Alfin drums, over drive transmission, roller rockers, hardened shaft and 260 degree cam.  The head has been ported and polished. and the intake manifold has received special attention as well.  The block has been line-honed and a high-performance header from Racetorations in England has been fitted.  A five-core radiator has been added, along with electric cooling fans.  The pulleys have all been converted to machined aluminum.  I also converted the steering to rack and pinion.  A high reduction startger from Moss is installed, and a  restored Judson supercharger will be added in the near future.

“This TR-3 is a joy to drive and has been very reliable.  The trip to this year’s VTR South Central Regional Convention in Oklahoma was great, and the TR was good enough to finish first in its class.
“I would like to thank my fellow Triumph enthusiasts who assisted me with this restoration, including Ron Harrison of Ron’s Vintage Auto Restoration, Russ Seto, Mike Hado and Steve Foster.  Also, a big thank you to John Richardson for the support and my neighbor John Weiser, who furnished the pretzels and beer throughout this restoration.” 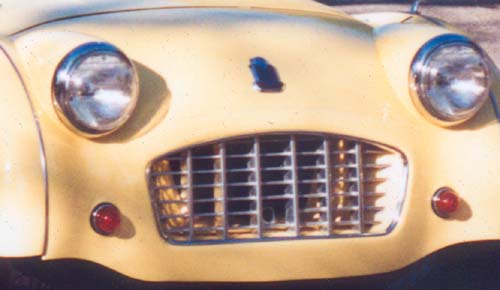 The photos were taken by David Fowler, except immediately above by Tom Marsh.