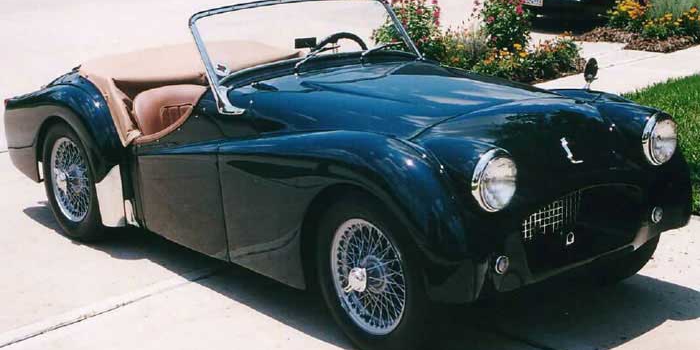 We called it gleaming green last time, and now itâ€™s even shinier. Jim tells the story:

“When my car was car of the month in September 1999, I indicated that I was going to have some work done on the car. Well, it ended up being a one-and-a-half year frame-on restoration.
“Ron Harrison, Steve Foster, Bill Sysman and I all worked on various phases of the restoration. It was a pleasure working with these guys, and we had a lot of fun doing it. We actually rolled it out about 2 a.m. the morning of the 2001 South Central Regionals in College Station. Sharon was going nuts having to follow me at speeds of 45 to 60 mph in order to break in the newly rebuilt engine properly.

“Since completion, the car has been a pleasure to drive and has been very dependable. Iâ€™ve taken it on multiple rallys and driving trips. It is more fun than ever!” 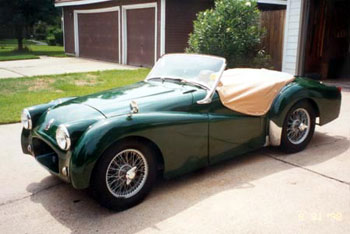