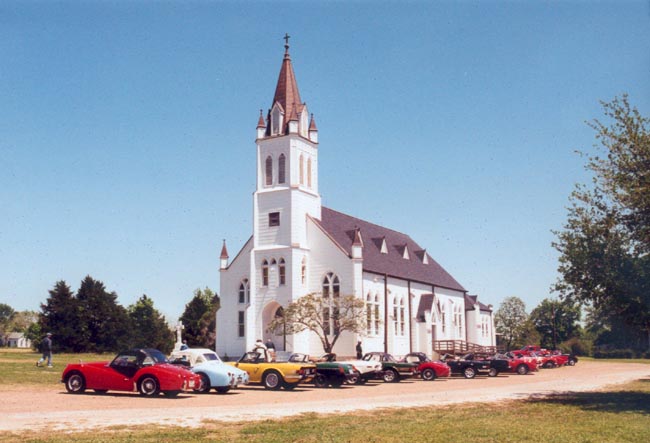 Approximately 25 Triumphs, MGs and lesser cars joined in for Texas Triumph Register’s 2000 Gary Johnston Memorial Bluebonnet Tour featuring the painted churches of Fayette County.  The tour took place on April 8, a glorious spring day, one of those days that justifies putting up with the long, hot summer.  The clear blue skies and cool temperatures complimented the driving route, which included numerous lightly traveled country roads.  We even saw some of the Texas State Flower along the way, including a scene at one farm where cows were laying on a bed of bluebonnets. 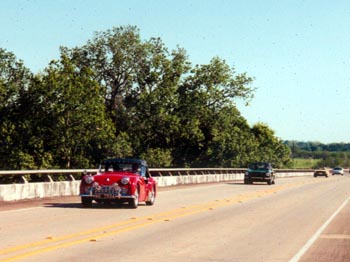 Above, Triumphs zip across the Brazos River.
Photo by Valanta Galloway. 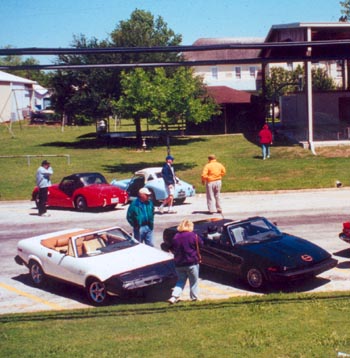 After a quick picnic lunch in Weimar, we visited the painted churches of Dubina, Ammansville and High Hill.  We also made a stop at the Lutheran Church in Swiss Alp.  Some folks continued on to the painted church at Praha.  These four painted churches, founded by German and Czech immigrants to Texas, have spectacular interior craftsmanship. 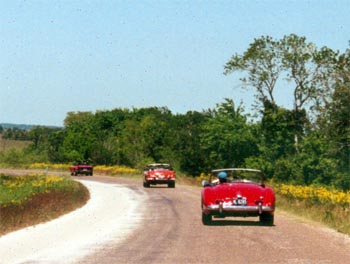 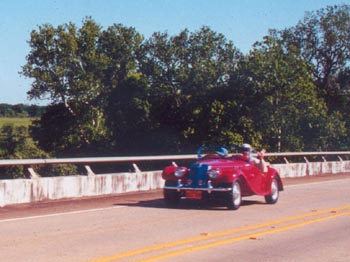 Above, MGs from the Houston MG Car Club joined the fun.

Left and below, John Mason’s TR-6
sweeps past the bluebonnets. 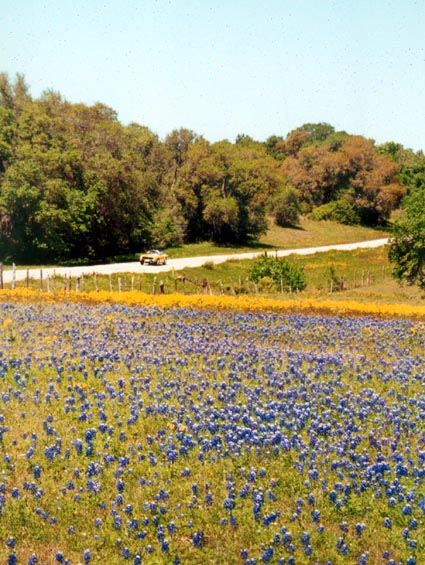 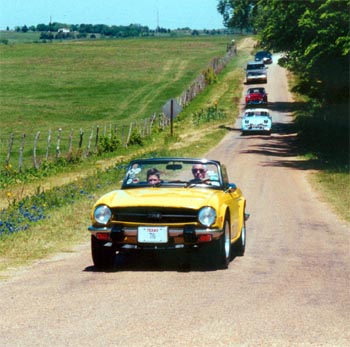 The group made a quick refueling stop at Weimar and then a high speed run to Hackemack’s Hofbrau Haus, where 20 of us had a great German meal to close out the day.
Thanks to all who participated to make the 2000 event so memorable! 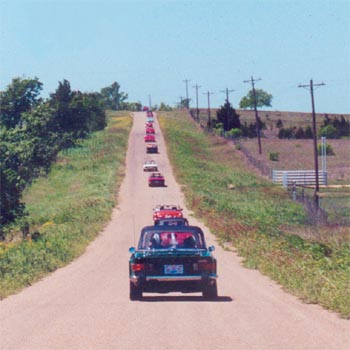 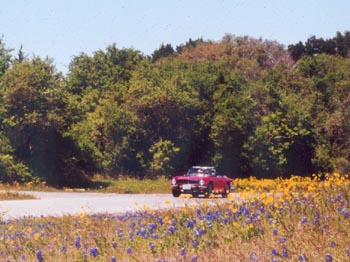 Drive your Triumph!
We drive ours!